The troops assembled at Broubster today with two planes tables and Michelle (AOC’s GPS) because that is all they needed to record five hut circles, three field boundaries, two quarries and eighteen clearance cairns!

AOC’s Jamie got volunteers Paul and Carol underway surveying one hut circle using a plane-table, while Winnie and Susan started soon after with another plane-table on two hut circles lying immediately beside each other.  By lunch time Paul and Carol had finished their survey and were ready to move on to the high-tech equipment.

AOC’s Gemma started the day setting up the GPS base station with volunteers Terry and Alan.  The guys learned the difference in the accuracy between using the “VRS now” and “RTK” connections.  The “VRS now” service gives the user centimetre accuracy corrections without the need of a base whereas the “RTK” connection only gives accuracy to 1.5m and requires the base station.  Therefore, the group put in their base station survey nail using the “VRS now” service to give them their high level of accuracy, meaning even by using the base station all their survey was located to within a centrimetre of the Ordnance Survey National Grid.  Once Michelle’s base was setup the team were off recording the two nearby quarries.  Alan then navigated the group around to the individual cairns that made up a large cairnfield the volunteers had found during the week 1 walkover survey.  The sky was blue, the birds were tweeting and spirits were high!

The second hut circle that Winnie and Susan recorded was much more ephemeral and required careful observation and much discussion of the lumps and bumps in order to properly record the monument.  Good work ladies!

Volunteers Carol and Paul took over the GPS survey with AOC’s Gemma in the afternoon.  They surveyed two hut circles, another lot of clearance cairns and even found a couple of indistinct boundary walls.  One hut circle was particularly difficult to distinguish due to the grass that had grown-up all over it in the two weeks since the walkover survey.

(Didn’t we leave a hut circle somewhere in here..?)

Another excellent days work was completed on site and then it was back to the heritage centre where AOC’s Jamie showed the volunteers how to download the survey data, and add the plane-table surveys into the overall landscape plan.

Back to Brooobster (separating the English and the Scots with that pronunciation!) tomorrow where some of today’s GPS plans will be marked up and then venturing across the road to some other interesting sites.  Why not come out and join us?  We dare you!

Leave a Reply to George Watson 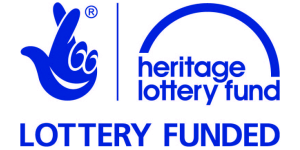